"None of us, including me, ever do great things. But we can all do small things, with great love, and together we can do something wonderful."
​– Mother Teresa 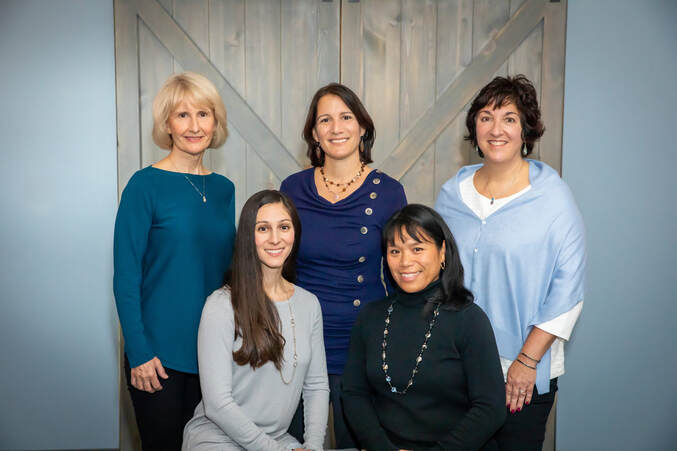 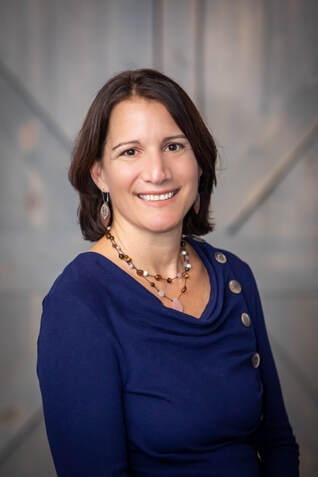 ​Melissa's career in health and healing began over 25 years ago with the study of Psychology at the University of Massachusetts.  During that time she became an avid yoga student and was instantly drawn towards the field of mind-body medicine.

​Upon graduation she began studying massage therapy and also continued to delve deeper into her studies of yoga and meditation which took her to India where she started teaching while living in a meditation retreat center.  While in India she helped out by cooking in the center's kitchen and came upon many books relating to nutrition and eastern medicine.  This is where the concept of 'food as medicine' became a passion for Melissa and upon coming home from India, she decided to study Chinese medicine and Acupuncture.  One of her main goals for Open Circle Acupuncture & Healing is to draw upon all of these different areas of healing that she has learned and make it a place for ongoing learning, education and inspiration.

Melissa graduated from acupuncture school in 2006 and has been passionate about her continuing studies in the areas of women's health & pain relief.  Throughout her many thousands of treatments since graduation, she has also observed the power of acupuncture to relieve stress & anxiety.  The amazing part about this, is that once the stress is lessened even a small amount, healing of many different aspects of the physical body from pain, to sleep etc. begin to resolve as well.  She has dedicated her career to trying to make this powerful mind-body medicine accessible to as many people as possible.

Melissa has completed advanced studies in the fields of pediatric acupuncture, Dr. Tan's balance method, Master Tung acupuncture and fertility/women's health studies.  While these continuing education classes have refined her skills as a practitioner, she truly believes that acupuncture is activating the self-healing capabilities of the patient and strives to teach her patients that they are their own best healer!

Melissa lives in Maynard, Massachusetts with her husband and three beautiful & outgoing children.  In her free time, she enjoys gardening, yoga classes, cooking, hiking, spending time with friends and soaking in her hot tub :) 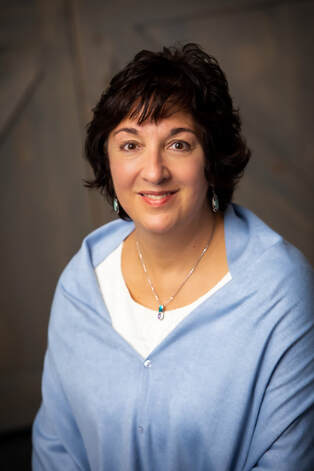 Kim Flaherty
Director of Business Operations
​​
Kim discovered acupuncture through a long medical journey. After trying everything to relieve her symptoms and finding that her story fell on deaf ears, she found an acupuncturist who actually listened to her concerns, understood her feelings and reassured her that he could help.  She knows first-hand how acupuncture & Chinese medicine can heal the body, mind, and spirit.  She is thrilled to be able to help others discover how this medicine can help with so many health issues. Kim feels strongly that people should be educated and given all options available to them so they can make the best decisions for their health and wellness. After a health crisis she could not return to her career  and  Kim began working as a receptionist in the acupuncture clinic that she was receiving treatment in. They quickly realized they could utilize her experience in the business world and she was soon managing two clinics and their staff;  a position she held for 6 years. Coming back from any health issue is never easy and along the way, we sometimes wonder why? It became clear that this was her path, every moment of the journey lead her to this new venture and bringing community acupuncture back to the area and sharing all that she has learned with all of you was meant to be. She has experienced such positive benefits from this medicine that she wanted to give back.  As a mom and care giver, Kim has always been a nurturer and loves to help and care for people. She was able to do that in her first career as well and it makes her happy to be able to do it again.  Prior to finding her second act in life Kim enjoyed many years in the Floral industry.
​
After graduating high school, Kim took an apprenticeship as a floral designer at her hometown florist and then entered the floral industry where she worked her way to head designer, wedding specialist, manager, and eventually opened her own flower shop. She operated The Blossom Shop in Westboro for 10 years before selling the business to be home more for her growing family.  She spent the next 10 years watching  and cheering her boys as they played hockey, baseball, golf, and rowed crew.
​
Kim was raised in Grafton where she met and married her high school sweetheart Kevin.  Kevin is a physical therapist who owns and operates Flaherty Physical Therapy.  They landed in Shrewsbury, a community they love and have been a part of for 27 years. They have raised two sons, Shane and Ryan who are now in their 20's and starting their own careers.

In her spare time, Kim enjoys hanging out with her girlfriends over coffee or wine, gardening, decorating, and entertaining friends and family. Spending time near the ocean on the coast of Maine and sitting on her patio by her firepit make her happiest! In addition to regular acupuncture treatments and massage, she loves to walk, practice guided meditation and yoga as part of her health and wellness routine. 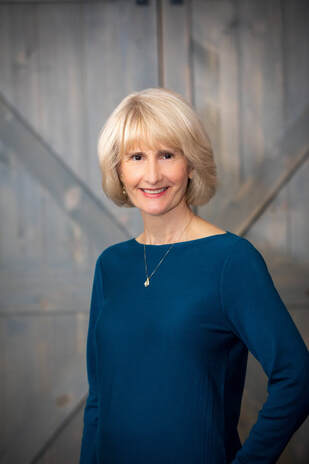 ​Judy Kloc has been practicing acupuncture for almost 20 years in a variety of settings including private practice, community clinics, and retirement communities. This has allowed her to treat thousands of patients over the years. Judy is known for her excellent clinical results and knowledge in the area of acupuncture research.

She received her Master’s Degree in Acupuncture from the New England School of Acupuncture (NESA) in 2004. She holds licenses in Massachusetts and New Hampshire, is nationally certified by the National Certification Commission for Acupuncture and Oriental Medicine (NCCAOM) and is a member of the Acupuncture Society of Massachusetts. While at NESA, she studied Chinese and Japanese Acupuncture. Since then, she has been passionate about broadening her knowledge of many different styles of acupuncture and healing through continuing education. Pediatrics, women’s health, fertility, and sleep issues are among some of the topics she has studied; all conditions we see on a regular basis and treat with success in the clinic.

She has extensive experience in treating a variety of conditions including pain, chronic illness, stress/anxiety, post-surgical recovery, women’s health, digestive, allergy & respiratory issues and so much more. She has treated all ages from children to the elderly. Judy believes that acupuncture is not only helpful in addressing health problems, but it is also an important part of maintaining health and wellness. She has also seen it as a powerful tool for counteracting the negative effects of emotional and physical stressors on our bodies.

Judy truly practices what she preaches in terms of self-care.  She is a dedicated practitioner of yoga and meditation, offering that inspiration and knowledge on a regular basis to all of her patients.  Judy holds Bachelor’s Degree in Business and spent her “pre-acupuncture” career in human resource management. She enjoys spending time with family and friends, community activities, loves gardening in her yard and cooking with a glass of wine in hand. 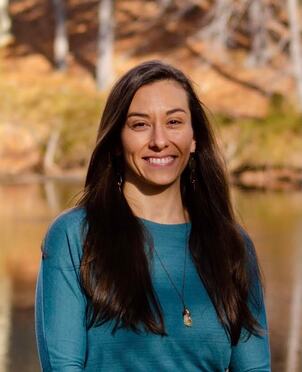 Ariel Stimson is a licensed acupuncturist and herbalist in the state of Massachusetts, as well as being board certified with the National Certification Commission for Acupuncture and Oriental Medicine (NCCAOM). She received her Master’s degree in Oriental Medicine from the Oregon School of Oriental Medicine in Portland, Oregon.

Ariel has been interested in plants, science and caring for others for as long as she can remember. After growing up in Bedford, MA she went to the University of Massachusetts Amherst and spent her first two years pre-med majoring in Psychology with a Neuroscience concentration. She realized that she wanted to offer a more holistic and patient-centered approach and decided to switch tracks and built her own major, combining Clinical Western Herbalism, Sustainable Food and Farming and Social Justice. She spent her final semester studying abroad in India, in a program focused on spiritual sustainability where she first volunteered on an organic farm, studied yoga, and was introduced to sound healing.

​After graduating with a Bachelor’s of Science, she worked on a handful of small organic farms, recognizing firsthand the value of eating fresh organic foods and syncing our bodies with the seasons. While doing so, she continued her studies of Western Herbalism with Katja Swift and Ryan Midura, completing a nine month apprenticeship course at the Commonwealth School of Herbal Medicine (now CommonWealth Holistic Herbalism) in Brookline, MA.

When an old knee injury resurfaced while farming, she decided it was time to switch tracks again to re-focus on healing and wellness. It was the desire to deepen her herbal knowledge which drew her to studying Chinese Medicine, and moved cross country to Portland, Oregon to attend the top school in the country at the time. She spent three years working first as a work-study student, then as a supervisor, at the herbal medicinary at Oregon College of Oriental Medicine (OCOM), formulating raw bulk and granule Chinese Herbal Formulas and selling patents to patients at the school’s clinic. She also practiced at the Hooper Detox Center in Portland, offering community style ear acupuncture to patients in withdrawal (and loved it!). After graduating from OCOM, she moved back to Massachusetts to be close to family.
​
She has practiced Traditional Chinese Medicine (TCM) style acupuncture, Japanese acupuncture, Tuina and Shiatsu massage and has explored the realm of sound healing with patients, using a banjo during treatment sessions. Her areas of focus include emotional/mental/spiritual health and wellbeing, including addiction and trauma support, orthopedics and pain relief, neurological health and elder care. She loves offering gentle compassionate care and holding space for others to allow for deep healing.
In her free time, Ariel loves being in the woods with her dog Monkey, nerding out over plant and mushroom identification, and mountain biking. She also enjoys practicing qi gong, yoga, playing music, snowboarding and spending time with friends and family. ​ 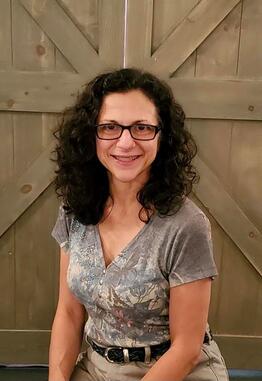 Robin Rosiello
Front Desk Administrative Assistant
​
Robin Rosiello comes from the world of dance education. As a modern dancer who learned she had scoliosis in her late 20s, she often had acupuncture and massage to treat chronic pain and injuries. She spent many years living in New York City teaching dance to children, and since then has been teaching creative movement to seniors with dementia. She believes that all people of any age and ability can dance and considers it her mission to use creative dance to empower and elicit joy. One of her proudest moments is the creation of Moving Your Body, Finding Your Voice, an innovative young teen girls’ program using dance, art, creative writing, yoga, and meditation as vehicles for developing high self-esteem.
​
In NYC she also worked as a receptionist for the Chopra Center & Spa where she participated in wellness workshops, meditation, yoga and Ayruvedic massage. Robin first learned about mindfulness when her mother joined Jon Kabat-Zinn’s first Stress Reduction and Relaxation course at UMass Medical Center in Worcester, MA, and since then has learned that good health requires self-awareness and preventative practices. In her spare time, she enjoys hand drumming and working with her guitarist boyfriend  in developing a unique and inclusive music education program. Whenever she can she enjoys visiting Rockport and Cape Cod to walk in the sand, swim in the ocean and do yoga on the beach. Robin enjoys greeting patients at the front desk and supporting their wellness from the moment they walk in the door!

Experience the Benefits of Acupuncture